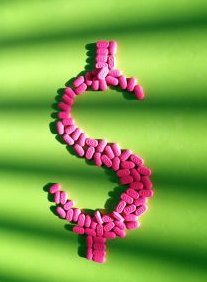 Financial kickbacks to consultants are causing private healthcare costs to rise in the UK.

An investigation has begun into the private health market in the UK. Concerns have been raised that kickbacks paid to consultants are pushing costs up three times faster than inflation and causing unnecessary treatments to be performed.

The Competition Commission will look into the £5bn private medical market after discovering financial bribes were commonplace. These incentives, paid to consultants, are legal in the UK but banned in many other countries.

There is fierce competition for patients among private hospitals in the UK. The facility earns half the income from a patient while the medical practitioner receives the other half. In order to attract patients, hospitals offer incentives to consultants in the hope they refer their patients there. These incentive packages are paid for by the patients and their insurance companies.

The incentives offered to consultants could be administrative support to bonus payments upon a target of operation numbers being met. It is also believed that annual bonuses are also paid based on revenue generated or number of patients referred by a consultant.

Medical insurers who pay for nearly 80% of private healthcare claim this situation pushes up costs for policyholders and leads to potential risks through unnecessary treatments. Private healthcare costs in Britain are twice as much as in Spain and 80% higher than Australia.

“Unfortunately, as far as private hospitals are concerned, the consultant is the customer, and all its energies are focused on winning his business, and keeping him loyal through a range of incentives. These have to be paid for, ultimately by the patient,” Natalie-Jane Macdonald, Bupa managing director, told the Daily Telegraph.

There is no information available for patients to help them see why one consultant charges more than another. It is also difficult to discover what another consultant may charge and if it is lower, why this may be.

The investigation could order hospital networks to be broken up, ban national charging regardless of local cost of living and make incentives for consultants illegal. It could also force consults to publish league tables so patients and insurers can readily compare consultants prices and outcomes.

“Those running private hospitals wouldn’t be making these payments if they weren’t working. If it is working, then it is morally wrong, which is why they have been banned in the US,”
Fergus Craig, commercial director at Axa PPP told the Daily Telegraph.