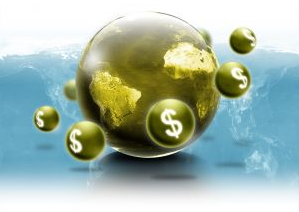 The cost of providing employer health care benefits has stabilized around the world, though a new wave of increases may be around the corner, warns global professional services company, Towers Watson. The 2014 Towers Watson Global Medical Trends Survey also revealed health promotion and wellness programmes were becoming more commonplace across all regions as companies look for alternative ways to control rising costs.

The survey, completed by 173 leading medical insurers in 58 countries, found the cost of providing employee health benefits is predicted to increase by 8.3% globally this year. This is slightly higher than the 7.9% and 7.7% seen in the previous two years. 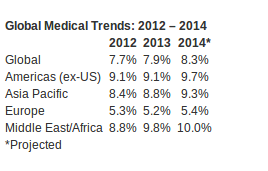 The smallest average increases are expected to continue in Europe, where economic and competitive pressures are keeping costs down. Average increases in Asia Pacific, Middle East, Africa, and Americas (excluding the U.S.) are projected to remain above worldwide average.

“While the cost of providing health care benefits to employees has stabilized over the past few years, controlling rising costs remains a significant concern for employers worldwide,” said Francis Coleman, director, International Consulting, at Towers Watson in a statement.

“In fact, in all regions, health costs continue to rise at twice the rate of inflation. That’s a major concern for employers, with many insurers projecting costs to again escalate in the coming years.”

According to the survey more than half (55%) of insurers see no end in sight, with all regions predicting higher costs over the next three years. Insurers in the Asia Pacific area are particularly pessimistic, with with more than two-thirds (69%) expecting medical costs to be higher or significantly higher than the current rates.

The survey also looked at the reasons behind the rising costs. Over three-quarters of insurers (78%) are concerned about providers driving up the costs by over-prescribing or recommending too many services. The second leading reason (45%) was the belief that many people are seeking inappropriate care, and, in a significant change this year, an increased number of insurers (38%) cite policyholders poor health habits as the third leading cause.

The results also identified the medical conditions which trigger the most claims, with heart disease and cancer being among the leading reasons for making a claim. There was however, an increase in claims due to respiratory, musculoskeletal, and mental health problems. Historically, it has been difficult for employers to obtain comprehensive medical claim data, but insurers report offering more data in 2014 than in past years.

“While we are starting to see greater availability in claim reporting among insurers globally, concerns remain over coding and reporting consistency, since a surprising one-third of respondents are not using a recognized international coding standard such as ICD 9 or 10.

“This may result in challenges for multinationals as they seek to get a consistent view of the health conditions driving their utilization on a global basis. It also has an impact on assessing the priority of implementing health promotion and intervention programs globally,” said Coleman.