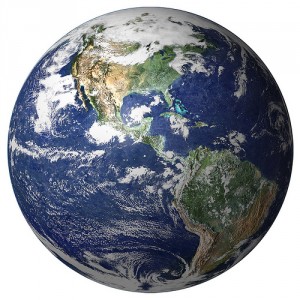 June was a busy month in the international insurance industry, with plenty of movement and activity occurring around the world. Mergers & acquisitions are at an all time high, various national governments are debating the current worldwide costs of healthcare, and as the market slowly rebounds from the string of devastating natural disasters that struck the Asia Pacific region and the Southern United States earlier this year there are sure to be some interesting times ahead.

These are the top international insurance stories of the past 30 days:

Two mid-sized international insurers, Transatlantic Holdings Inc. and Allied World Assurance Company Holdings, agreed to a USD3.2 billion merger of equals that will aim to create a leading global specialty insurance and reinsurance conglomerate. The combined entity, now titled TransAllied Group Holdings AG, will use its significant scale of operations (USD8.5 billion in capital and USD21 billion in invested assets) to develop its business outside its home North American market. Market analysts and credit rating agencies have had a mixed response to the partnership but all recognize that the current soft pricing environment is primed for further merger and acquisition activity within the international insurance industry. This merger could serve as a catalyst for future moves.

This month, Standard & Poor’s held its 27th Annual Insurance Conference in New York City. Top executives and market analysts from the global insurance and reinsurance business held a series of seminars on the multitude of challenges currently facing the industry. While the level of market volatility has remained far below that occurring in the aftermath of the 2008-2009 global financial crisis, implementation of further comprehensive risk management practices and oversight throughout the insurance industry was discussed. Representatives from each major insurance sector put forth their own concerns: the persistently low interest rate environment in the life insurance market, the disparities in pricing discipline in non-life and the unprecedented catastrophe losses affecting the reinsurance trade.

The American Medical Association (AMA) made headlines in June when it publicly affirmed its support for an important and controversial provision of President Obama’s healthcare system overhaul. At its annual meeting in Chicago, the United States’ largest physician group voted to maintain its official position in favor of the ‘individual mandate,’ which will require nearly all American citizens to purchase private health insurance by 2014 or face a fine. This individual mandate is currently facing staunch opposition both in state courthouses and from opposing medical groups who argue that the law is an unnecessary intrusion into the healthcare sector and furthermore that the United States government cannot compel its citizens to buy insurance. The AMA’s continued support for substantive reform to the US health insurance system will be a valuable political tool for the Obama Administration going forward.

Employers of expatriate workers in China have become anxious following news that as of July 1st, 2011, the Chinese government’s broad social-security reforms could require mandatory social insurance contributions from foreign nationals working within the PRC’s territory. Much of the proposed new law has yet to be clarified for international firms but while contribution rates may or may not be the same as for Chinese employees, they will likely be collected locally and vary considerably by location. Most expatriates in China today opt for international insurance policies – it will be incumbent on them and their employers to monitor the progress of the Social Insurance Law and as further details emerge.

So there you have it, the biggest stories from the international insurance industry this month. Be sure to check back on this space for more updates in July.

About International Insurance News from Globalsurance

Globalsurance.com is dedicated to providing comprehensive analysis and insights on the issues facing the modern insurance industry on an international level. Offering unbiased, and in-depth coverage of the pressing issues, International Insurance News caters to the niche market of insurance and financial services professionals.