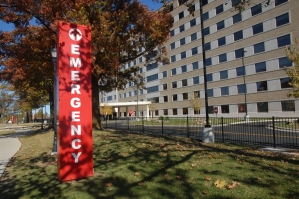 Since the economic crisis hit the Eurozone in 2009 many European countries have been looking at ways to cut costs and save money. Health care budgets have been reduced and governments are cracking down on non-residents and expats using facilities.

A recent study in the medical journal, The Lancet, shows the reforms in European national health care systems have altered the way in which expats can access them. For the more than one million British expats in Europe the study indicates that healthcare is becoming more difficult to access.

A large number of British expats in Europe traditionally rely on being able to use national health systems. The Lancet study shows all 27 EU member states are evolving in the wake of the financial crisis, and many aspects of how they deal with expatriates are consequently changing.

The European Health Insurance Card (EHIC) entitles holders working and living in EU countries to free or reduced cost emergency healthcare. Cases of people not being able to access this care have been publicised in the media over the past few weeks.

For expats planning to stay long-term in another country, they should be aware the EHIC does not cover regular medical care. If a doctor decides treatment can safely wait until the expat or traveller returns home then they have the right to refuse care.

For expats in some European countries access to national health care may become harder, even for those on short-term work placements. The European Commission is working to ensure access is always possible, but in reality, in some countries, health care will only be provided to expats under certain conditions:

Expats in Europe increasingly need to consider private medical insurance. A policy which covers the whole of Europe is ideal for expats who move around and want consistent coverage.