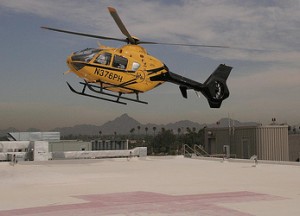 Growing numbers in the insurance industry believe there are economies to be made in the tricky field of medical evacuations. Tricky because medivacs essentially involve life-threatening situations, while the cost of just one case can run to GBP100,000.

As a random example, international private medical insurance (iPMI) provider ExpaCare last year reported the case of a medivac from Equatorial Guinea at a cost of USD131,000; medical costs were unusually low at USD5,845. The Bracknell-based insurer also paid out USD45,000 to evacuate a car crash victim from Angola to Johannesburg, plus USD21,000 for treatment.

Very exceptional cases, such as cancer with multi-pathologies with costs topping USD500,000 in treatment fees usually also involve air transport, even if it is non-urgent. All established expat insurers can quote such cases, with transport costs arising from the need to access a specialist tertiary referral unit or to get the patient back to his home country after a long a period of treatment.

Some companies have reacted by setting up special units to manage evacuation costs. Pallot reported that InterGlobal went as far as to set up its own medical assistance company. The idea behind InterGlobal Assistance is that it can better coordinate evacuations and manage costs among local healthcare providers spread out across the globe. Larger insurers tend to contract to independent companies, Pallot wrote, though they too may manage operations through in-house units. Bupa International relies on International SOS for the nuts and bolts of medical evacuations, for example, but each evacuation must be approved by the company’s Copenhagen-based Worldwide Medical Assistance.

The problem for the insurers, Pallot observed, is local doctors and hospitals often look at them with dollars, pounds sterling or euros gleaming in their eyes. He quoted Ron Buchan, head of Allianz Worldwide Care, as saying

We have to accept that doctors and hospitals are in business to the same extent as anyone else in business – doctors have a commodity they can sell at a high price and they do.

Pre-authorization gives us the opportunity to enter in to the commercial process. This is great because within this area there is 30% of what I would call discretionary cost. If you are a (medical) provider, you see an Allianz or Bupa patient walking through the door, you are too often looking at an open cheque.

NYIG Director Doug Polifron told Expat Health this risk was of particular concern in Asian countries, where local hospitals have been known to charge expats and tourists two and three times as much as they bill locals. He, too, suggested the solution lay in closer management of local care providers.

Bupa International is a segment of the UK’s British United Provident Association Limited. Bupa is a market leader in international health insurance, operating (either directly or through one of its subsidiaries) in countries from Europe to the Middle East and Asia. Bupa reported pre-tax profits up 9% at GBP 464.9 million in 2010, driven largely by its Asian and Australian business segments. http://www.bupa-intl.com