Director Doug Polifron suggested journalists review their current health plans to see if international incidents, undeclared war and civil distress are covered. “There are many other types of coverage that journalists at-risk should consider, such as accidental death and dismemberment and accidental permanent total disability coverage. Because again, traditional policies likely don’t provide coverage in countries with a politically charged environment,” he said.

Recent unrest in the Middle East has underlined the importance of evacuation cover for expats in politically unstable countries. Though firms such as Bupa International have partnered with security contractors to provide this coverage, most stop short of actually targeting customers in war zones. Lately NYIG has been marketing its plans to foreign journalists, particularly those in Syria and Libya. “Journalists play a vital role in the way that the world stays on top of current events,” said Polifron. “Ensuring that they have the resources to get access to proper medical care if they are injured in the line of duty is something NYIG is proud to be able to do.”

War zone insurance is undoubtedly a niche market. Unfortunately, escalating violence in Syria and Yemen, Pakistan’s delicate security situation and political uncertainty in Egypt may all prove sources of healthy profits over the next few years. 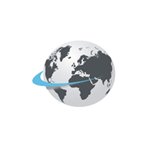 Bupa International is a segment of the UK’s British United Provident Association Limited. Bupa is a market leader in international health insurance, operating (either directly or through one of its subsidiaries) in countries from Europe to the Middle East and Asia. Bupa reported pre-tax profits up 9% at GBP 464.9 million in 2010, driven largely by its Asian and Australian business segments. http://www.bupa-intl.com