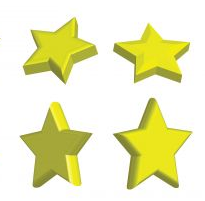 Defaqto's star classifications for PMI have been updated after discussions with AMII.

In February, Expat Health posted an article about Defaqto’s star ratings for PMI and how they aim to make choosing private medical cover easier. The ratings, ranging from one to five stars, hope to simplify choosing an insurance provider by ranking their products.

The system will allow consumers to choose insurance based on the features offered and not just the price.

The Association of Medical Insurance Intermediaries (AMII) initially criticised the system claiming it could mislead consumers. It went on to say that PMI was a complex product that needed expert advice when buying.

Following discussions on how products are rated and the criteria they need to meet for each level, changes have been made by Defaqto. Since the alterations were made the AMII has said it’s satisfied with the system.

The changes include more stringent testing for a level four rating. This will help distinguish those products that offer generous benefits to those that have relatively low benefits in relation to core product features, said Defaqto.

The AMMI told Health Insurance magazine they feel the ratings are now a “more balanced” reflection of the market. However, while the ratings are a sign of the comprehensiveness of a product, they don’t necessarily represent product quality.

AMII Vice-chairman Brian Walters added, “the rating are not a substitute for independent advice.”