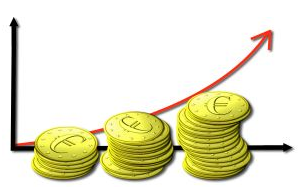 Both Cigna and Aetna have seen profit growth in the second quarter.

As health insurers are revealing their second quarter earnings it seems two in particular stand out. Both Aetna and Cigna have announced increases in net income for the second quarter.

Cigna’s net income jumped 33 percent between April and June this year. This has led to the company raising its earnings forecast for 2013. In the three months ending June 30, Cigna earned $505 million, compared with $380 million in the same period last year.

Aetna is the United States’ third-largest insurer, with health plans being its major product. It also sells group life, disability, and dental cover. Cigna comes in as the nation’s fourth largest provider based on enrollment. The two biggest players are UnitedHealth Group and WellPoint on enrollment figures.

Aetna’s commercial enrollment which includes individual and employer-sponsored health insurance jumped 15 percent to 18.6 million. Aetna Chairman and CEO Mark Bertolini told analysts the company was increasingly confident it would be able to further grow profits in 2014.