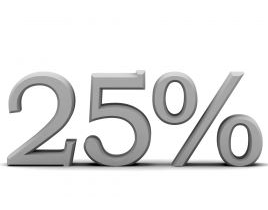 Pacific Prime analysts are confident this move will improve short-term sales, both Aetna and Pacific Prime are keen to see how it will affect business in the long run, particularly in Europe where Aetna’s premiums have traditionally been higher than the market average.

Aetna’s current plan has four levels to choose from, each with increasing levels of protection. In recent years both Aetna and Pacific Prime analysts have noticed clients demanding more flexible options. Bupa’s very successful World Health Options (WHO) plan is an example of this flexible coverage where clients can pick and choose what they need and pay accordingly.

Many newer insurance companies have emerged with tailored plans specifically catering for today’s expat needs. This has put pressure on Aetna and other established insurers to compete, especially as sales of Aetna’s individual plan have shown signs of slowing in European and Asian markets. In the Middle East however, where Aetna has achieved widespread brand recognition, business remains strong.

The recent discounts are likely to increase sales for Aetna in the short run, and Pacific Prime analysts expect the insurer to make additional long-term alterations to their plan in the near future, ensuring that they continue to find success in the increasingly competitive international market.