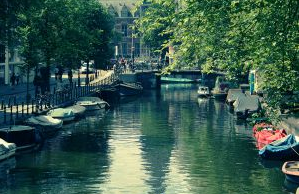 With airborne toxins linked to many childhood disabilities, expats should consider how clean their new home will be.

A new study has shown governments currently spend more money reacting to childhood diseases and disabilities than would be needed with a proactive approach. Study co-author, Bruce Lanphear, advocates that world health leaders should invest in eliminating the socio-environmental risk factors associated with the diseases rather than in the development of medicine.

Recent research, entitled Prevention of Disability in Children: Elevating the Role of Environment, focused on childhood disabilities prevalent in the United States. The study has found increasing incidence of prevalent childhood disabilities to be associated with combinations of toxins, airborne pollutants, lead, tobacco, mercury, polychlorinated biphenyls (PCBs). These disabilities include asthma, obesity, mental illness and neurobehavioral problems, such as ADHD and autism.

Lanphear goes on to say, “Most of us are convinced that we will solve our health care problems by investing in genetic research, stem cell research and drugs. But, with the exception of vaccines and antibiotics, the best that can be achieved by clinical intervention is enhanced treatment or early detection. It will not prevent disease.”

The cost of disease from exposure to pollutants linked to asthma, cancer and neurobehavioral disorders is $76 billion a year, according to an American economic analysis of environmental hazards. The authors of the study track how declining infections and greater childhood and prenatal exposure to environmental toxins is changing the type of illnesses we are susceptible to. It is “shifting the burden of illness among children and adults from infectious to chronic diseases.” Even so-called “safe levels of toxins” are now linked to chronic diseases.

When comparing Canada to the U.S, Lanphear said, “The levels of exposure to airborne pollutants, lead and other chemicals is comparable or slightly lower in Canada. The overall pattern for these disabilities is quite similar.”

While exposure to toxins in childhood is potentially increasing the incidence of illnesses like asthma, obesity and ADHD in Canada, the study authors have recommended using Vancouver, as a model for creating future healthy cities. They cited low levels or air pollution, low smoking rates, few highways that fragment the city, encouraging exercise outdoors, low levels of lead and a closed water system.

Which cities are the cleanest?

With Vancouver aiming to be the cleanest and greenest city in the world by 2020 where do other popular expat cities rank? Unsurprisingly, in Europe, Scandinavian cities come top of the Siemens Green City Index. The top three being Copenhagen, Stockholm and Oslo. Berlin comes in at number eight, with Paris, London and Madrid at 10, 11 and 12 respectively.

The top three cities in North America are San Francisco, Vancouver and New York. In Asia, Singapore was found to be well above average in terms of environmental performance, with Tokyo, Hong Kong and Seoul among the cities ranked above average.