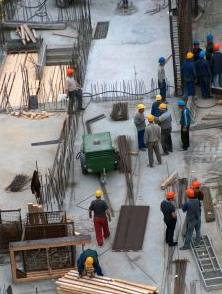 Expat workers in Gulf countries are increasingly limited in their options for affordable health care. Labourers from countries such as India are particularly affected as governments focus more on the local population.

Dr Azad Moopen, speaking at the Global Healthcare Summit in Kochi, Kerala, warned that the GCC countries are facing huge challenges in accessibility as there aren’t enough health care facilities for expat workers.

“But things have improved in the past five years through a better insurance mechanism. The governments are taking care of the local people, leaving the healthcare responsibility of expatriates to the private sector through the employers,” he said.

Kerala, India, has a close interest in the healthcare system in the Middle East as Dr Moopen, chairman of DM Healthcare pointed out, Keralites alone make up a quarter of the population in the UAE compared with 12 percent of Emiratis.

“There are 1,000 Indian doctors in UAE alone and about 500 doctors in the GCC countries. But now, one big challenge is the lack of trained medical personnel. India used to be the mainstay supplier for a long time, but now the conditions are competitive as doctors do not go to the Gulf for work. In the case of nurses and lab technicians, the pipeline is better.”

The conference speakers discussed India’s healthcare system at length. Dr M S Valiathan suggested India could learn from Bangladesh and Thailand and evolve strategies such as bulk buying of generic drugs by the government.

“Quality healthcare is a reality to the affluent sections, but still a myth to larger sections of the society. Things have changed for the better since 2000 in India through government interventions,” he pointed out.

Talking about health care in GCC countries, Dr Moopen suggested India could learn a lot from the way they have improved the quality. Mandatory accreditation for all clinical establishments by at least one international agency, and strict licensing system has improved the quality in healthcare delivery in the Gulf, he added.