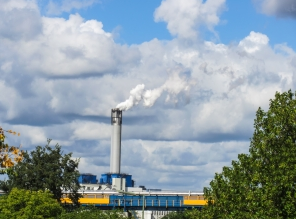 Air pollution and particulate matter have officially been classed as carcinogenic.

The cancer agency of the World Health Organisation (WHO) has reported air pollution as a leading environmental cause of cancer deaths.

The International Agency for Research on Cancer (IARC) officially classified particulate matter and air pollution as carcinogenic to humans. This means it is now ranked alongside other carcinogens such as tobacco, asbestos and UV radiation.

“The air we breathe has become polluted with a mixture of cancer-causing substances,” said Kurt Straif of the IARC.

“We now know that outdoor air pollution is not only a major risk to health in general, but also a leading environmental cause of cancer deaths.”

The most recent data indicate 223,000 lung cancer deaths in 2010 were due to air pollution. The IARC said in a press release that air pollution is already known to cause respiratory problems and heart disease.

Studies indicate exposure has increased in recent years, especially in rapidly developing industrial countries. China is notorious for its poor air quality leading to drastic measures by the government to tackle the problem.

This week the Chinese government announced rewards amounting to 5 billion yuan (US$816 million) for curbing air pollution in six of the worst affected regions. The reward will be handed out at the end of the year based on successfully meeting pollution reduction targets, investment in tackling the problem and falls in PM 2.5 particles, which are especially bad for health, the ministry said on its website.

It is estimated more than 90% of people living in European cities breathe air which causes respiratory and heart diseases, and can shorten lives, according to the Air Quality in Europe 2013 report.

The predominant sources of outdoor air pollution are transportation, stationary power generation, industrial and agricultural emissions, and residential heating and cooking. Some air pollutants have natural sources, as well.

“There are effective ways to reduce air pollution and, given the scale of the exposure affecting people worldwide, this report should send a strong signal to the international community to take action without further delay.”