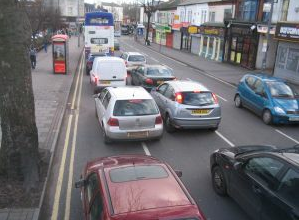 Air pollution from traffic, industry and households is still above internationally agreed limits in many European countries. According to recently released data, 12 EU states had pollution levels above the limits in 2010.

Under a National Emissions Ceilings (NEC) directive countries agreed to meet limits for four important pollutants. These were nitrogen oxides (NOX), non-methane volatile organic compounds (NMVOC), sulphur dioxide (SO2) and ammonia (NH3). The compounds are known to cause health problems and damage to the environment. They are linked to respiratory problems in humans, acidifying water and soil and damaging vegetation.

Official data from 2010 was published in June this year. The key findings showed:

“We should also note that 2010 was a recession year in much of Europe. As emissions can rebound during periods of economic recovery, countries need to make positive efforts to limit any increase of emissions in the future.”