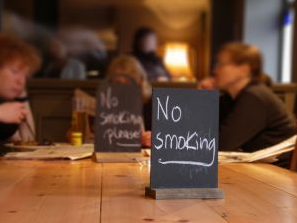 A new study shows anti-smoking laws are linked to a decrease in strokes and heart disease.

According to research from the American Heart Association, smoke-free legislation has led to a decrease in hospitalizations and deaths from heart and respiratory diseases. The research looked at 45 studies from states in the U.S. as well as from countries such as Uruguay, Germany and New Zealand.

Researchers found comprehensive smoke-free laws were linked to a rapid 15 percent drop in heart attack hospitalizations and a 16 percent decrease in patients hospitalized for strokes. There was even more marked decrease of 24 percent, in hospitalizations for respiratory diseases such as asthma and chronic obstructive pulmonary disease.

The most comprehensive rules which covered restaurants, bars and workplaces resulted in the greatest health benefits. These finding support the American Heart Association’s position that anti-smoking laws should cover all public environments, including bars, casinos and offices. These results are consistent with other studies which have found the introduction of anti-smoking laws is followed by a decrease in hospitalizations due to acute heart attacks and other cardiac disease.

As of July 2012, 27 U.S. states have issued a statewide ban on smoking in public places. However, these states still exempt some business from the ban, for example casinos and small workplaces. Ten states currently have no statewide smoking ban in place for non-government owned buildings.