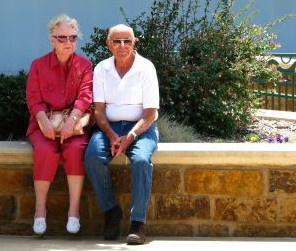 Parts of the UK have seen an increase in the percentage of life spent in very good health, but is it the healthiest EU country?

People in the UK are living in good health for longer, according to statistics released by the Office of National Statistics (ONS). Life expectancy in the UKincreased by more than two years in the period 2008-2010.

While this looks good, the report found the proportion of life spent in good health is in fact decreasing in Scotland and Northern Ireland. Those living in England and Wales are seeing the benefits of living in good health for longer.

Between 1995 and 2003 life expectancies rose in 14 nations of Europe, according to a study from the European Health Expectancy Monitoring Unit (EHEMU). In 2003, men’s life expectancy was lowest in Portugal, 4 years less compared to the highest, Sweden.

Surprisingly perhaps, the lowest life expectancy in the 14 countries was in Denmark, with the highest in France.

“Whether the extra years of life gained were spent in good or bad health remains a crucial question,” said Professor Carol Jagger from the University of Leicester who co-leads the EHEMU project.