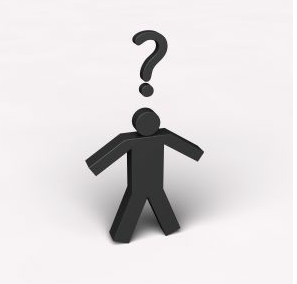 With many people consulting “Dr. Google” before a real doctor, more people are incorrectly diagnosing a serious condition.

As expats one of the main challenges of relocating abroad is healthcare. Navigating a foreign system, struggling with the language and even finding a doctor you like are all common problems. It’s not a stretch to imagine many expats turn to the Internet to check symptoms before seeing a physician. In fact, the rise of “Dr. Google” has been studied, with women twice as likely than men to check online before seeing a doctor.

Checking online doesn’t come without its pitfalls. A new report claims people who self-diagnose are more likely to believe they have a serious illness. This is because they focus on their symptoms rather than the likelihood of a particular disease. When you are the one suffering from the symptoms it is harder to be objective, and thus easier to self-diagnose a serious condition.

For example, if someone else is suffering from indigestion, you tend to accurately see it as indigestion. But experiencing the same symptom can lead us to worry we are having a heart-attack.

The study, published in the Journal of Consumer Research, asked people to imagine they or someone else was suffering from common symptoms such as a cough, runny nose, headache and fever. They were then asked to assess the likelihood they or the other person had contracted swine flu or regular flu. The results showed people were much more accurate when assess other people’s symptoms.

“In today’s wired world, self-diagnosis via internet search is very common. Such symptom-matching exercises may lead consumers to overestimate the likelihood of getting a serious disease because they focus on their symptoms while ignoring the very low likelihood that their symptoms are related to any serious illness,” write authors Dengfeng Yan and Jaideep Sengupta.

I am one of those who turns to Dr. Google before going to the doctor for very simple reasons:

1. If it is not serious, I don´t see why I should waste half a day going to the doctor to be given paracetamol or other general drug.
2. I don´t think doctors surgeries should be full of people with minor symptoms, overburdening the doctors and taking time away from those with serious health issues.
3. I have many, many examples of times where the doctors only solution was to turn me away saying I would have to put up with it, take drugs the rest of my life, or something ridiculous like it was just wind. Doing my own research, I found simple, quick and inexpensive solutions that were food or spice based, so literally from my kitchen, which saved me years of pain.

Of course, you have to be careful as a lot of ´remedies´ are just written to attract traffic and not well researched, but it is a useful tool that the medical authorities should make better use of to reduce the burden on the health system.