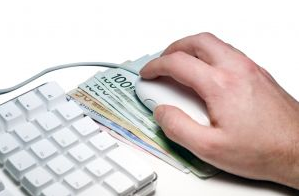 Global bankers are facing increasing health risks due to a “climate of fear”.

Expats working in the financial sector could be heading for a health crisis brought about by work pressure, fear of losing their jobs, and psychological stress, says a new study.

The international study, by Switzerland’s UNI Global Union found 80% of banking unions surveyed cited deteriorating health as a major problem for their members over the past two years.

The Banking: The Human Crisis report comes after a series of tragedies and burn-outs in the international banking world. Many bankers are working in a “climate of fear”, with unreasonable sales targets, lower salaries, and fewer people doing the same amount of work.

Anxiety over losing their job, following a trend of replacing older workers with younger, cheaper staff often on temporary contracts, is also high. More than half of the unions in the study reported members’ personal lives were under pressure as the financial crisis continues.

“Bank employees are having to face angry customers, sometimes on a daily basis, whose lives are falling apart and they blame the banks,” said Lynn Mackenzie, author of the report, adding the survey was one of the widest pieces of research looking at bankers’ health.

“But on top of this, managers at banks are putting pressure on staff to meet often unrealistic sales and performance targets. This can be the tipping point into health problems.”

Two deaths were widely-publicised this year; in July, top Swiss executive, Swisscom head Carsten Schloter, 49, was found dead at his home. He had committed suicide. Media reports suggested that he had suffered from burn-out. Bank of America Merrill Lynch 21-year old intern, Moritz Erhardt, was found dead in his flat after working through the night several days in a row.

“Pressure to cut costs and sell products has created a climate of fear at many banks and workers are too worried about their jobs to speak out or admit they are suffering mentally, fearing it will jeopardize their job,” Mackenzie told Reuters.