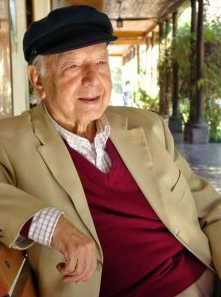 Where do people grow old yet retain good health?

A new report, looking at the well-being of older people around the globe, shows many countries are not prepared to support their ageing populations.

People are living longer than ever before and many countries are not working quick enough to deal with their ageing populations.

The Global AgeWatch Index 2013 ranks the social and economic well-being of older people in 91 countries. Sweden was ranked as the best place to be old, with Afghanistan in last place.

By 2050 people aged over 60 will outnumber under-15s for the first time, with the majority living in developing countries. The report was compiled by the UN and advocacy group, HelpAge International. It was released to mark the International Day of Older Persons (1 October).

Sweden, Norway and Germany were ranked as the top three countries for older people. The others in the top ten were the Netherlands, Canada, Switzerland, New Zealand, the USA, Iceland, and Japan. The UK came in 13th, one place ahead of the popular expat destination of Australia.

The study looked at 13 indicators and grouped them into four main categories, income security, health status, employment and education, and enabling environment.

Looking purely at the health status category, the top five countries for older people are:

“By giving us a better understanding of the quality of life of women and men as they age, this new index can help us focus our attention on where things are going well and where we have to make improvements,” said Silvia Stefanoni, the interim chief executive of HelpAge International.