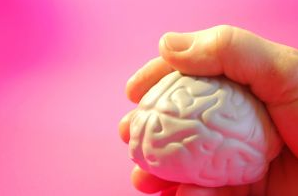 A large study has found a link between bilingualism and delayed onset dementia.

People who speak more than one language and who develop dementia tend to do so on average 4.5 years later than those who are monolingual, a new study has found.

The study, published in Neurology, the medical journal of the American Academy of Neurology, observed the same delay in illiterate patients, indicating education isn’t an explanation for the differences.

The study was conducted by the University of Edinburgh and Nizam’s Institute of Medical Sciences in Hyderabad, India. This region of India is home to multiple languages, which Barbara J. King, writing for NPR, believes adds extra credibility to the results.

In the Hyderabad region there are two dominant languages, Urdu and Telugu. Hindi and English are also routinely spoken, especially at school. So people raised in Hyderabad are often bilingual, with exposure to a third, sometimes fourth, language.

This impacts on the results as the researchers explained, “In contrast to previous studies, the bilingual group was drawn from the same environment as the monolingual one and the results were therefore free from the confounding effects of immigration.”

This study is the largest to look at the bilingual effect on dementia, independent of education, sex, occupation, cardiovascular risk factors, and urban vs rural dwelling, all of which have been investigated in the past as potential factors affecting the onset of dementia.

Thomas Bak, from Edinburgh University, said, “These findings suggest that bilingualism might have a stronger influence on dementia than any currently available drugs.

“This makes the study of the relationship between bilingualism and cognition one of our highest priorities.”