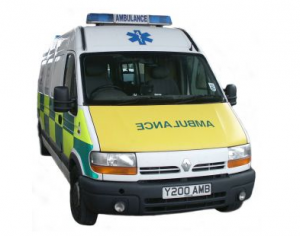 Make sure you know 112 is the EU emergency number

According to a recent survey by Eurobarometer 74% of Europeans don’t know what number to call in an emergency.

Only a quarter of participants knew 112 was a number they could call in an emergency both at home and abroad. The survey, of over 30,000 people, found 34% of regular travelers knew the number.

112 is a European emergency number which is reachable via mobiles and landlines free of charge. 112 is available 24 hours a day throughout the EU, and connects the caller to the relevant emergency service.

With the 2012 Olympics being held in London and UEFA Euro 2012 football in Poland and Ukraine many people will be traveling within Europe this summer. The European Commission has launched a campaign to raise awareness of the 112 emergency number.

Major rail, air and other transport companies have joined forces with the European Commission to better inform travelers about 112. The campaign will be publicised on e-tickets, in on-board magazines, through staff and company websites.

European Commission Vice President, Neelie Kroes, said “112 only helps if people know about it. So we are working with travel companies to catch attention while people are en route to their destination.”

The campaign will also use smartphone apps which can be pre-installed or downloaded from app stores. These aim to give every European access to a 112 app in their own language.

The 112 number can be contacted in a number of different languages. The availability of your language depends where you are calling from. For example, English can be used in 25 countries, French in 14 and German in 12. For more information see the 112 website.