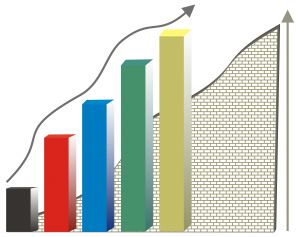 Despite large spending, the US has one of the least efficient health systems in the developed world.

Despite the fact that, among developed countries, the United States spends the most on healthcare, its system is one of the least efficient.

Top of the list is Hong Kong, with an efficiency score of 92.6. This breaks down as an average life expectancy of 83.4 years, a relative cost of healthcare of 3.8% of GDP, and a health care expenditure per capita of US$1,409.

In the top ten most efficient health systems, Hong Kong has the lowest absolute cost per capita. At number nine with an efficiency score of 63.1, Switzerland has the highest expenditure with US$9,121 per capita.

Asian countries make up the top four most efficient health systems, with Singapore, Japan, and Israel in second, third and fourth place respectively.

The most efficient systems in Europe, somewhat surprisingly with the austerity measures and cuts to healthcare, are Spain and Italy in fifth and sixth place. This is likely due to the 60% weighting given to life expectancy in the table, with Spain (82.3 years) and Italy (82.1 years) having some of the highest life expectancies in the top ten.

At the other end of the list you have countries with the least efficient healthcare systems. In last place is Brazil, with an efficiency rating of 17.4, nearly a full 10 points behind Serbia in 47th place.

Despite huge expenditure on healthcare, 17.9% of GDP (2011), and US$8,608 per capita, the United States is ranked third from the bottom, just above Serbia and Brazil. The absolute cost of healthcare in the U.S. is second only to Switzerland.

With the Affordable Care Act (“Obamacare”) being introduced to mimic universal health systems, it remains to be seen whether America will be able to bring the efficiency of its healthcare in line with its spending.

*Relative cost – health cost per capita as a percentage of GDP.