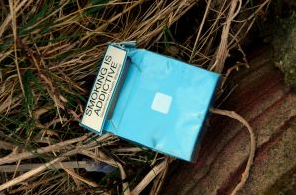 Smoking kills around 700,000 people in Europe, roughly the population of Frankfurt, every year. Millions more suffer from illnesses associated with smoking such as heart disease, cancer and respiratory illness.

A new EU plan aims to tackle smoking and alleviate the burden tobacco related illnesses put on healthcare systems. The legislation will ban strong flavours that mask the tobacco and prevent misleading words being printed on packaging, such as “light” and “mild”.

The current EU laws are 11 years old and considered outdated. We now have more information on flavouring used in tobacco and the effectiveness of health warnings. Different EU countries have introduced varying laws on the sale, packaging and manufacturing of tobacco products. The result is more protection in some countries than others.

The new rules will cover the following aspects:

There will also be increased restrictions on smokeless tobacco such as snus (a form of snuff), and the online purchasing of tobacco products. The commission hopes these new measures will make smoking less attractive and discourage young people from starting. Some 70% of smokers currently start before the age of 18, and 94% before 25.