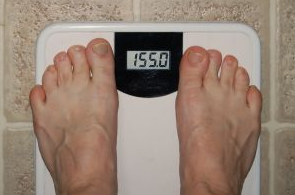 The economic crisis in Europe is forcing people to buy cheaper, unhealthier food and is driving up obesity rates.

While Italians are buying less food, sales in supermarkets and discount stores rose by 1.2 percent in the last year, sales in small food shops fell 1.4 percent. Italians are turning from traditional fresh fruit and vegetables found in markets and local shops across the country, but they aren’t the only ones affected.

Across much of Europe the crisis is forcing newly poor to seek food relief from charitable organisations such as the Red Cross. In Spain, with one in four people out of work, the charity is helping to feed more and more families, where it traditionally helps immigrants.

“We all know that lower social status individuals have a higher obesity risk and the current crisis may increase the lower social status population,” says Dr. Jeroen Lakerveld of Amsterdam’s VU University Medical Center. “High caloric foods are less expensive so they buy more, rather than buying more healthy foods.”

In Europe the rate of obesity has doubled in the past 20 years in many countries, according to a report from the EU and OECD. THis means 52 percent of the EU’s population is now classed as obese or overweight.

The report’s authors say it is too soon to make a clear link between the crisis and the growth of obesity in Europe. However, financial strain, increasing poverty and unemployment carry clear health risks.

The southern European countries worst hit by the euro crisis traditionally have healthy mediterranean diets, and consequently have the lowest obesity rates in Europe. Italy’s 10 percent obesity rate compares with 26 percent in the UK or Hungary’s record 28 percent.

“More than 80 percent of the people with obesity in our country are unemployed and in many cases they can only afford to buy fast-food type products,” says Carlos de Oliveira, president of Portugal’s Obesity and Ex-Obesity Sufferers Association.

“With this crisis and the ensuing shortage of money, consumption of these products will grow and obesity will shoot up, along with the illnesses related with it,” he wrote on the group’s website.