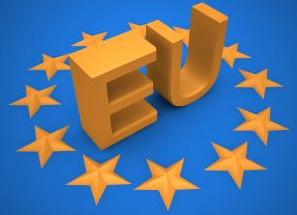 The EU Health Directive comes into effect in October.

Countries have until 25 October 2013 to implement the European Union Health Directive, which officially comes into force on 1 October. The Directive aims to clarify citizens’ rights to seek treatment in any European Economic Area (EEA) country.

Under the Directive, British expat workers who are still considered residents of the UK will be eligible for medical treatment in any EEA country they choose, under certain conditions.

The Directive isn’t introducing new patient rights, rather it seeks to clarify the current ones, and provide a framework for cross-border healthcare. The rules under which patients can access care and what treatment they are entitled too will also be covered by the Directive.

As well as overseas workers, the rules also apply to holiday-makers and people on short business trips. However, if an expat leaves the UK to live permanently in another EEA country, they are not covered under the Directive.

How does it work?

The Directive covers treatment in both public and private hospitals in EEA countries. In most cases the patient pays up front for the treatment and is then reimbursed by the NHS in the UK, though under special circumstances the NHS may pay for the treatment first.

Costs can be claimed once you are back in Britain up to the amount your treatment would have cost on the NHS. This can mean if the procedure was more expensive abroad you might end up out of pocket.

Some procedures  require prior authorisation from the NHS, so always check in advance. It also pays to check prices so you can see whether you will be refunded the full treatment price.

What treatment is covered?

The Directive covers medically necessary treatment that residents would be entitled to in the UK. If you aren’t sure what is included then you should check with your local health authority. Treatments or drugs you wouldn’t be eligible for in the UK are not covered.

It doesn’t cover treatment received outside the EEA. For example, if you want a particular treatment or drug in the USA you will have to fund it yourself.

Medical care isn’t guaranteed abroad, and you can be refused treatment, if this happens you must be given a reason. Patients are also subject to waiting times abroad, so you can’t seek treatment elsewhere with the hope of jumping the queue. Essentially, a UK resident travelling abroad for healthcare will be treated the same as citizens from that country.