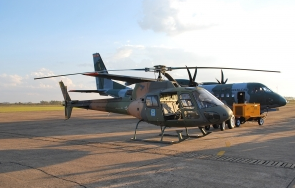 Kenya, Algeria and most recently Nigeria – all attract large numbers of expats and all have experienced the horrors of kidnapping and murder, particularly of western expats. Many people moving abroad to this region are attracted to the lifestyle, high wages, the excitement and a stable job in the petrochemical sector.

It’s these countries that pose unique health risks in addition to everything else you may encounter. Expatriates living in an area with a history of violence and war will know many regular international insurance policies aren’t enough. Life insurance is often the first to suffer, once any local violence erupts, providers start limiting what they will cover, with others simply withdrawing from the market.

Expat health insurance can also be hard to arrange in areas of the world designated “passive war zones”, a term indicating that while a state of war doesn’t currently exist, the threat associated with armed combat is still present. Rebuilding after conflict attracts many international contractors, security firms, voluntary organisations and NGOs, with them come expats in need of robust insurance plans.

Expats caught up in the Arab Spring uprisings quickly saw relatively peaceful countries descend into chaos. Westerners were forced to make their own way out of the country, or wait for their respective governments to take action. In situations such as these, a good medical insurance plan, which includes evacuation in times of civil unrest, can make a huge difference.

These international insurance providers will hire trained security experts to take expats out of hot-spots around the world. Such cover is unlikely to be offered on the cheaper plans, but if you’re travelling to a higher risk country it should be high on your list of providers.

Identifying providers who are able to provide full passive war and evacuation cover is not easy, as few people will hopefully need such protection. However, for the select few who do, retaining the services of an expert international medical insurance broker could be one of the best decisions you ever took.