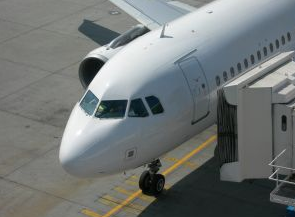 A study has shown travelling across many time zones and new environments can double your chance of getting ill.

A study in the British Medical Journal (BMJ) has suggested travelling through time zones can double your chances of getting ill. The study was completed on elite athletes who travel through more than five time zones to compete. Scientists found different germs and allergens in a new environment affected the athletes.

Contrary to popular belief, actual air travel didn’t seem to play a part in causing illness. The athletes were not affected in the same way when they returned home. This suggested a home advantage for Team GB in the current Olympic games.

Prof Martin Schwellnus, one of the paper’s authors told the BBC, “It is a common perception that international travel increases illness – due to organisms in aeroplanes.”

However, the study suggests people are more likely to become ill due to unfamiliar environments rather than being in an aeroplane.

Prof Schwellnus added: “The stresses of travelling seem not to affect the players because when they return home the risk of illness does not differ from normal.

“Changes in air pollution, temperature, allergens, humidity, altitude as well as different food, germs and culture could all contribute to illness when arriving in a distant destination.”

The study was conducted on athletes, however, the same can apply to expatriates. Moving from country to country can mean our bodies are susceptible to alien viruses and bacteria. A change in air quality has also been shown to influence respiratory illnesses such as asthma.

Many expats report suffering from allergies when they move country. For example, if you have never had hay fever before, the different pollens in your new home could trigger an allergy unexpectedly.

In the study almost a third of illnesses reported were respiratory conditions, followed by gut problems and skin irritations. It shows when a person is taken out of their accustomed environment they can fall ill more easily. To help alleviate this, expats should follow normal health precautions and allow for a period of adjustment while their bodies settle into the new environment.