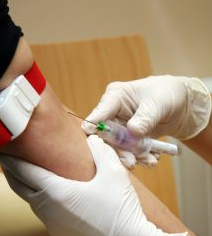 A report in The China Daily newspaper states blood donations from expats have helped reduce a Rh negative shortage in Beijing. It’s the first time health authorities in China have released donation figures for foreign donors. Expatriates in Beijing have donated more than 500 times since 2008, according to the figures.

The shortage of Rh negative blood is partly due to only 0.3% of Chinese being born with this blood type. In much of Europe it is present in 15% of the population. Currently only nine out of 1,000 people donate blood in mainland China. In Hong Kong the blood donation rate is 30 in every 1,000 people.

With national populations aging and people on average living longer the demand for blood is increasing. Unfortunately, in many countries, donations are not meeting the demand. The situation is complicated by specialist blood products, like platelets, which have a shelf-life of only five days.

Voluntary donation, rather than donating for monetary or other reward, is considered the safest way to collect blood. The World Health Organisation (WHO) is encouraging countries to move towards this donation practice. Today, 62 countries meet their transfusion needs and many more are making rapid progress. Vietnam has increased voluntary blood donation from one third of its total supplies to almost 90%.

There are 92 million blood donations per year globally, most of these by voluntary, unpaid donors. But of these voluntary donors, 30 million give blood once, and then do not return.

“We need to encourage these donors to come back and become repeat, regular donors,” says Dr Dhingra, coordinator for blood transfusion safety at WHO.

“Each blood donation is only 450 millilitres and by having more repeat voluntary donors, we can better assure the reliability of blood supply and safety of blood and blood products.”