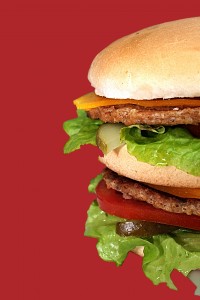 Expats often leave their healthy lifestyles behind when they move abroad.

Picture this:  you’ve just secured a lucrative job contract in Dubai. You don’t really want to leave your established routine at home, but the money and prospects are too good to turn down.

Once you arrive you find the hours are long, you have to drive everywhere, it’s too hot to go for a run (as if you have time anyway) and you end up eating drive-through junk food in your car twice a day because you’re too busy to cook. It hardly sounds like a recipe for a flat waistline, but for many it represents the reality of their life as an expat.

Speaking in the Abu-Dhabi based daily The National, Corey K Oliver, who runs fitness camps in the UAE, claims the first six months of a new life abroad take the biggest toll on people’s bodies. Long working hours and a relaxed expat lifestyle are to blame, he said. Once people get sucked into work and a new social life, exercise and healthy eating fall by the wayside.

Of course, this situation is largely dependent on where foreigners move to for a new life. Europeans who settle closer to home for example, might find transferring their favoured health and dietary routine involves some fairly simple adjustments.

On the other hand, Gulf states, as well as expat hotspots like Hong Kong and Singapore are renowned for trapping foreigners in an expat social bubble. This often revolves around a booze-fuelled social life where expats can afford to eat out five times per week or more.

Combine this with an environment that doesn’t encourage exercise – be it due to an excessively hot climate, or a lack of green spaces in large cities – and you’ve got a expatriate obesity epidemic brewing.

In Dubai, the problem has become so obvious that the emirate ran a scheme earlier this year to promote weight loss – with the incentive of solid gold. Municipal officials offered locals and expats one gram of pure gold for every kilo lost in weight with the slogan “your weight in gold”.

The UAE, where expats make up nine tenths of the overall population, now has the fifth highest obesity rate in the world. According to the report by BMC Public Health, after the US, the UAE trails only Kuwait, Qatar and Bahrain – also known for their huge expatriate populations – in the league table nobody wants to be in.

What the statistics show is that the stresses of moving to a new country, adoption of a new, food and drink orientated social life, as well as long working hours and lack of exercise, are all having a huge effect expats’ health around the world.