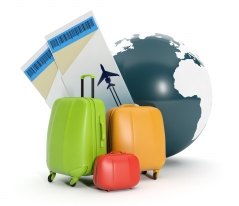 Health insurance is the lowest concern for Aussie and Mexican expats.

Major considerations for people moving abroad include job security, reliable insurance, and economic stability according to an international survey by Zurich. The results show availability of reliable health insurance was more important than schools or pensions for those thinking about relocating overseas.

The survey of 7,750 individuals in 12 countries asked respondents to consider the “safety aspects” of emigrating – 22% said insurance coverage for illness and disability, compared with 20% who identified pensions, and only 14% who chose schools as the most important aspect. The most important considerations for a move abroad were job security (43%), a low crime rate (39%), and political stability (28%).

North America was ranked as the most appealing destination, with 31% of people saying it would be their prefered choice. Australia and New Zealand came second (29%), while over a quarter (28%) of respondents opted for Germany, Austria or Switzerland, and 24% chose Nordic countries.

It’s not surprising that Germany, Austria, and Switzerland are the most popular European destinations, as the state of the economy and job opportunities are among the most important considerations for people moving abroad. Nearly half (49%) of those surveyed selected better employment prospects or unemployment as a motivating factor for moving abroad.

“It’s interesting to see that 22% of the overall respondents still saw reliable insurance coverage for illness and disability as a key factor when they considered a move to a new country. Circumstances can change at any time and it’s strong comfort to know they are properly protected regardless of what country they choose to live in,” says Executive General Manager, SME, Bobby Lehane.