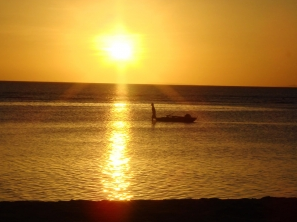 Expats in sunny countries may be at risk as a link is found between high levels of vitamin D and mortality.

Many people are aware too little vitamin D is bad for you, however, a new study has shown that too much of the compound can also have negative effects. Vitamin D isn’t normally present in a lot of foods and is produced when the body is exposed to sunlight. The right amount can help combat depression, certain cancers and cardiac disease.

Vitamin D also plays a part in transporting calcium to your bones, which helps ward off disease such as osteoporosis. This role is especially important for older women who are more at risk from brittle bone diseases.

The research from the University of Copenhagen is the largest study of its kind was conducted on blood samples from more than 247,000 people. The results showed elevated mortality among people with both low and high levels of vitamin D.

“It is important to conduct further studies in order to understand the relationship. A lot of research has been conducted on the risk of vitamin D deficiency. However, there is no scientific evidence for a ‘more is better’ argument for vitamin D, and our study does not support the argument either. We hope that our study will inspire others to study the cause of higher mortality with a high level of vitamin D,” says Darshana Durup, a PhD student.

Vitamin D is present in some fish, egg yolk and liver. Milk the U.S is also fortified with vitamin D due to a major health problem associated with rickets (caused by a lack of the vitamin) in the 1930s. While it doesn’t occur naturally in a lot of food, your body produces vitamin D when your skin is exposed to UV rays from sunlight.

UV exposure and production of vitamin D is affected by season, cloud cover, air pollution, time of day, latitude and sunscreen. Sunscreens with an SPF 8 or above block UV rays and prevent the production of vitamin D. Ten to fifteen minutes of sun exposure at least two times per week to the face, arms, hands, or back without sunscreen is usually sufficient to provide adequate vitamin D. If you live in a particularly northern or southern country your exposure to sunlight might not give you enough vitamin D, in which case you should consider dietary supplements.