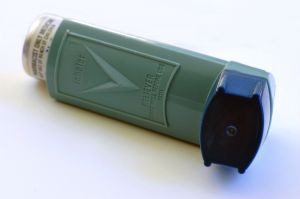 According to an estimation by the World Health Organisation, 235 million people around the world suffer from asthma. The problem is evident everywhere from third world countries to first world countries.

Expat families are urged to address the concern as asthma is the most common chronic disease among children and costs for ongoing treatment can be high.

Expatriates tend to go away for a considerable period of time, during which families grow and are confronted with all manner of challenges. Basic medical insurance policies cover the most frequent health care costs, such as vaccinations and emergency treatment as well as regular care. However, there are policies which insure policyholders against the expense associated with a chronic long-term condition if the illness was not diagnosed when the policy was obtained. Ideally, an expat worker wants to protect his family for as long as possible, and most policies will last a full year, even if others may be for as little as 9 months.

Asthma is a disease of the bronchial tubes, the airways leading to and from the lungs. These airways often constrict in people with asthma, causing respiratory difficulties, a tightness in the chest and wheezing. Asthmatics may also become sleepy and fatigued. People rarely die from asthma, but some of the symptoms like breathlessness range from mild to severe.

The causes of the disease are not fully understood, but factors with the strongest risk are inhaled particles that bring on allergic reactions or irritate the airways. Cold air, anger or fear, and exercise commonly provoke symptoms.

Asthma cannot be cured but can be controlled by relieving symptoms with short term medications. Those with persistent symptoms are advised to take long term medication daily. Good medical support can also help to avoid triggers.

Inhalers, which deliver a small dose of drug to the airways, are very common in treating asthma and are available by prescription from a doctor. Doctors prescribe different types of inhalers depending on the patient, and tablets are distributed in other cases. Doctors or nurses put together an action plan specific to individual circumstances, which help sufferers to manage symptoms and live an ordinary life. It is true that although there is no simple cure for asthma, half of children with the disease grow out of it, and adults experience both good and bad spells.

It should be noted that the cost of treating chronic illnesses such as asthma can mount up – a patient could need x-rays, lung function tests, allergy testing and other tests to determine the seriousness of the case – so insurance, such as that provided by MediCare International, is worth obtaining.

Medicare International Managing Director, Debbie Purser, said: “The costs of such investigations can quickly run into the thousands of pounds, so something as apparently trivial as breathing difficulties can have significant implications and should always be fully checked out by a specialist.”