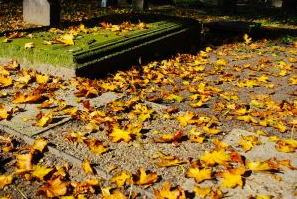 There are many celebrity expats but which ones died in their adopted countries?

History is littered with authors, poets, actors and explorers who made their home in another country. Many chose to die in their adopted countries, others were not so fortunate and found health problems caught up with them too soon to get help. Modern expatriates are fortunate to have private health insurance options and good healthcare facilities in many popular destinations.

A famous Irish author and poet, Wilde died in Paris in 1900 aged 46. Wilde spent much of his life outside his birth country, Ireland. He spent time in America, Paris and London, as well as his native Dublin. A prolific writer, he liked to appear idle, but in fact worked hard. He was imprisoned in 1895 from sodomy and the hard conditions in jail greatly affected his health.

Wilde moved to Paris, his final resting place around 1900. In November of that year he contracted cerebral meningitis and died on 30 November 1900. Different opinions abound as to the cause of the meningitis. Some say it was syphilitic, while Wilde’s physicians attributed it to an old eardrum injury sustained while he was in prison. Oscar Wilde is buried in Père Lachaise Cemetery in Paris.

Born into a life of poverty in London, Chaplin spent a lot of time in the U.S. but due to his suspected Communist sympathies was forced to return to Europe in 1952. Following his exile from America, Chaplin made his home in Vevey, Switzerland. Charlie Chaplin broke his foot during the filming of his final film, A Countess from Hong Kong.

After this incident his health started to deteriorate as he was forced to give up his very active lifestyle. In the early 1970s Chaplin suffered several strokes which left him with difficulty communicated and the need to use a wheelchair. He died from complications relating to a stroke on Christmas Day 1977 in Switzerland. He is buried in Vevey cemetery.

Princess Grace as she was affectionately known, married the Prince of Monaco when she was 27 years old. Born in the U.S. and a well-known Hollywood star she gave up acting when she became the Princess consort of Monaco upon her marriage.

In September 1982 while driving back to Monaco from their holiday home in France, Grace Kelly suffered a stroke and crashed the car. It subsequently careered down a mountainside. Grace was pulled alive from the wreckage but later died of her injuries in hospital having never regained consciousness. She was 52 years old. Her daughter, Stephanie was also in the car at the time and suffered a serious cervical fracture.

After her death the hospital in Monaco was renamed the Princess Grace Hospital Centre (Centre Hospitalier Princesse Grace).

Not so much an expatriate as an exile, Marx died as a “stateless person” in London in 1883. Born in Germany he has been described as one of the most influential figures in human history. Marx moved from Germany to Paris with his wife to work on a revolutionary newspaper. After only two years in Paris, Marx was expelled from France by the interior minister, François Guizot.

Unable to stay in France or Germany Marx and his family settled in Brussels, Belgium. He promised not to publish anything on contemporary politics in order to enter the country. After Belgium he spent a brief period in Cologne before finally moving to London where he spent the rest of his life.

After the death of his wife in 1881, Marx developed a catarrh which developed into bronchitis and pleurisy. These eventually killed him in March 1883. He died a stateless person and his friends and family arranged for him to be buried in Highgate Cemetery, London.

Can you think of any other famous expats who died abroad? Let us know in the comments below.