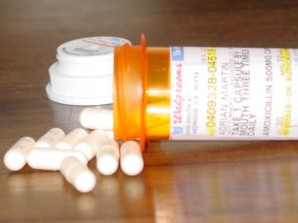 After health successes in 2013 such as the Million Hearts programme aiming to prevent 1 million heart attacks and strokes by 2017, and a successful nationwide anti-smoking ad campaign, the Centre for Disease Control and Prevention (CDC) has identified five health threats going into 2014.

Each year in the USA more than two million people contract antibiotic resistant infections with 23,000 dying as a result, according to CDC figures. These infections are particularly dangerous for those with compromised immune systems, including those with cancer, kidney failure or people with transplanted organs.

The CDC has identified four steps to combat antibiotic resistance, and in 2014 will work closely with local authorities to improve antibiotic use and track the spread of resistant infections.

The CDC is making disease detection a priority at home and abroad in 2014. Only one in five countries has the technology to detect and fight emerging infections, says the CDC’s director Dr Tom Frieden.

In 2013, the CDC identified the new Heartland virus, carried by ticks, in northwest Missouri. They also helped public health officials in the Republic of Georgia isolate a new disease related to smallpox, which was infecting shepherds in the country.

Globalisation of travel and food supplies

Diseases thought to be eradicated in the US have made a comeback thanks to lower immunisation rates, and the spread of global travel. In 2013, measles cases doubled to 175, almost all linked to foreign travel.

Disease can spread anywhere in the world within 24 hours, said Frieden. Prevention of many, like measles, only works if the majority of the population are vaccinated. The CDC is working with state health departments and colleagues around the world to promote immunisation programmes for polio, measles and other preventable diseases.

The CDC reports deaths from prescription painkillers have reached “epidemic levels” over the last decade, with more than 16,500 people killed by painkiller overdoses in 2010. The annual number of deaths from these drugs exceeds the number from heroin and cocaine combined.

In 2014 the CDC will continue working to prevent the overdose, misuse, and abuse of prescription drugs while helping patients access safe, effective pain relief.

Polio is closer than ever to being eradicated worldwide, but challenges such as military conflict, and bans on immunisations mean work still needs to be done to reach communities most at risk. The CDC and Global Polio Eradication Initiative will continue to run local immunisation programmes to reach the two million children in high-risk areas.