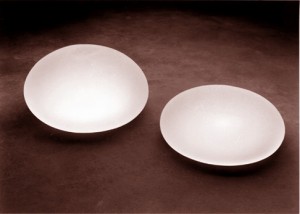 Dangerous breast implants made by a bankrupt French company have sparked an international controversy.

Fears about potentially lethal breast implants are spreading around the world after it was revealed implants produced by French Poly Implant Prothese (PIP) could rupture. According to Reuters as many as 300,000 women all over the world may have PIP implants.

But international health officials can’t agree on the level of risk.

French authorities have urged women with PIP implants to have them removed. They’ve even offered up EUR 60 million for replacement implants in cases where women got them for medical reasons–like reconstruction after breast cancer surgery.

But in the UK officials say there is no cancer risk or increased risk of rupture associated with the implants. Germany is urging women with PIP implants to consult their doctors for check-ups, though it didn’t recommend removal, either.

In addition to Britain and France, PIP’s shady silicone implants were also exported to Argentina, Brazil, Spain, Italy and Australia. According to Reuters the company went bankrupt after French medical safety officials ordered a recall of all its products in 2010. PIP was using silicone that hadn’t been health certified, but was 10 times cheaper.

Despite conflicting health guidance, any woman with PIP breast implants should consult her doctor immediately for advice. Removing implants is a difficult procedure that could cause lasting health problems. It is not automatically worth the risk.