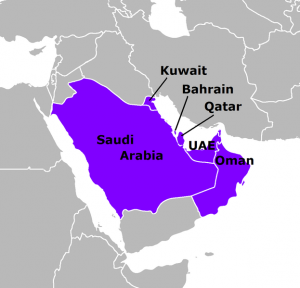 No matter where you live, your country of residence is probably struggling with chronic, non-communicable illnesses. These are conditions like heart disease, diabetes and cancer. The World Health Organization (WHO) has identified chronic disease as one of the world’s most pressing health problems.

According to WHO, about 60% of deaths in the GCC countries are caused by non-communicable diseases. Key triggers include tobacco use, unhealthy diets and lack of exercise.

At a summit in Muscat, Oman, representatives from the 6 countries agreed on processes and targets aimed at fighting chronic disease. Special emphasis will be placed on reducing risk factors by encouraging healthy habits.

WHO Regional Director-Elect Dr. Ala Alwan praised the initiative:

Up to 50% of people dying from these diseases in some of the Gulf countries, die prematurely, before the age of 60 years. This initiative by the GCC should be a major landmark in stopping these premature deaths.

Depending on the exact implementation, some of these health initiatives may also benefit expats living in GCC countries. Many expats in Dubai for example are fond of drink and tobacco–habits that are major risk factors for non-communicable diseases.

Preventing diabetes, heart problems and cancer is also a reason why many expats opt for expensive “wellness benefits” and preventative screening when shopping for international health insurance policies. In fact, if GCC countries only allow locals to participate in their new health initiatives, this “wellness cover” will still be expats’ best defense against chronic illness.

In September a UN Summit on non-communicable diseases called their socio-economic impact “staggering.” Each year these illnesses cause some 63% of deaths worldwide (which maths out to about 9 million people under the age of 60). The only other health issue the UN General Assembly has ever met to discuss is AIDS.