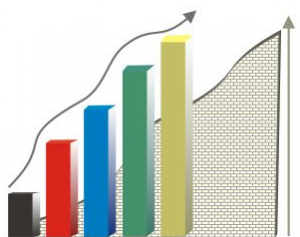 Cancers linked to poor lifestyle choices are predicted to rise sharply in developing countries by 2030.

Scientists have predicted an increase of 75 percent in global cancer rates by 2030. The spread of unhealthy Western lifestyles to developing countries is one reason for the increase, according to a report published in The Lancet Oncology journal.

In 2008, almost 40 percent of global cases of cancer occurred in highly developed countries, even though these regions contained just 15 percent of the world’s population. Researchers now estimate cancer cases in the poorest countries could rise 90 percent by 2030. This is likely to be  caused by more people eating convenience food, rising obesity levels and higher levels of smoking.

The study was based on findings of a snapshot of cancer statistics collected from 184 countries in 2008 by the International Agency for Research on Cancer (IARC). It showed how cancer patterns varied according to four levels of human development, measured on a Human Development Index (HDI) scale.

Experts predict a fall in cancers linked to infection but a rise in those related to lifestyle choices as Western lifestyle habits spread to developing countries.  Currently, about 30% of cancer deaths are due to the five leading behavioral and dietary risks: high body mass index, low fruit and vegetable intake, lack of physical activity, tobacco use, alcohol use.

Study leader Dr Freddie Bray, from the International Agency for Research on Cancer in Lyon, France, said: “Cancer is already the leading cause of death in many high-income countries and is set to become a major cause of morbidity and mortality in the next decades in every nation of the world.”