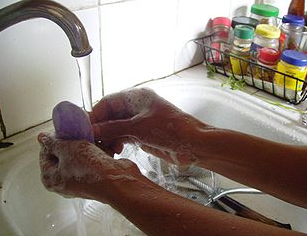 Global Handwashing Day promotes the use of soap and washing to prevent the spread of disease.

October 15 has officially been declared Global Handwashing Day (GHD). The day’s aim is to promote washing hands with soap, and to extol the benefits of handwashing as a disease prevention measure.

Millions of children die every year from diarrheal and respiratory illnesses, the aim of GHD is to reduce this mortality rate by promoting handwashing using soap. This simple action can reduce mortality from these diseases by 50%, according to research.

GHD was created in 2008, the inaugural year had the theme Focus on School Children. The aim was to get the majority of school children washing with soap in 70 countries. Now 100 countries participate, with schools and community centres holding handwashing events.

New figures from UNICEF say 1,400 children under five die every day from diarrheal disease predominantly caused by poor sanitation, and a lack of safe water and basic hygiene. Handwashing with soap is predicted to become a key tactic for meeting the Millenium Development Goal of reducing the number of deaths of under-fives by two thirds by 2015.

The GHD theme for 2013 is The Power is in Your Hands, because the organisers say everyone has the “power to create healthier communities through handwashing with soap.”

How we should be washing our hands

Washing with soap, rather than just water, prolongs the washing process, giving us more time to dislodge bacteria and dirt. Even this isn’t always enough as people rush the process. Washing your hands should take between 8-15 seconds, ideally with hot water. For children, encourage them to sing the Happy Birthday song twice as they wash, this should ensure they clean their hands thoroughly.