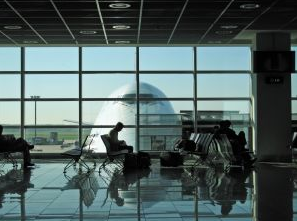 The busiest airports aren’t always the ones which help spread disease.

With thousands of people passing through them everyday it isn’t surprising to think of airports as pretty good germ diffusers. The SARS outbreak in 2003, the 2009 H1N1 bird flu pandemic and the most recent MERS virus have all been spread across the globe helped by air travel.

A study published last year has identified the U.S. airports most likely to spread a pandemic. The research, conducted by the Massachusetts Institute of Technology (MIT), concentrated on the 40 largest airports in the USA. Researchers studied the first few days of a hypothetical epidemic and looked at how likely the airports would be to spread the influence of a contagious disease.

The model MIT created included the geographical location of airports, variations in travel patterns and waiting times at individual airports.

The results of the study found the effect an airport has on the spread of a pandemic isn’t related to its size, and even the busiest airports aren’t necessarily the greatest threat. Examining travel patterns and geography revealed more about which airports play the biggest role.

JFK airport in New York was ranked first by the model in terms of spreading a contagion, it was the sixth busiest airport in the U.S. in 2012. Airports in Los Angeles, Honolulu, San Francisco, Newark, Chicago (O’Hare) and Washington (Dulles) made up the worst airports for spreading an epidemic.

The inclusion of Honolulu, which only receives 30% of the traffic of JFK, is due to its position in the air transportation network. Being located in the Pacific Ocean, and the fact it has connections with many large, distant hubs gives it a high contagion-spreading influence.

Ruben Juanes, the ARCO Associate Professor in Energy Studies in CEE said, “The findings could form the basis for an initial evaluation of vaccine allocation strategies in the event of an outbreak, and could inform national security agencies of the most vulnerable pathways for biological attacks in a densely connected world.”