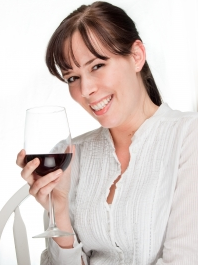 Optimistic people have half the risk of cardiovascular disease than people with a negative outlook.

Scientists in the US have concluded generally optimistic and happy people have a higher level of protection against heart disease. Experts believe a general sense of well-being can lower risk factors such as blood pressure and cholesterol. This in turn lowers the person’s risk of a heart attack or stroke.

Researchers from the Harvard School of Public Health searched through medical trials to find studies that looked at psychological well-being and heart health. The results, published this month in Psychological Bulletin, showed that optimism is key, with the most optimistic people having 50% less disease risk than the least optimistic people.

People with a positive outlook are more likely to exercise, eat healthier, get enough sleep and not smoke than those with a more negative view. Lead researcher, Julia Boehm, warns that more in-depth studies need to be done to work out whether positive people are inclined to take steps towards a healthy heart. Or, if living healthier makes you feel more positive.

For expatriates, moving abroad can cause a lot of mental anguish and stress. This can impact on overall health. So which countries are reported to be the friendliest for expats?

Forbes magazine has used data collected in the HSBC Expat Explorer Survey and listed the top five friendliest countries for expats. Where it is easiest to befriend locals, integrate into the community, learn the language and adapt to the local culture. The countries scoring the highest in these four categories were:

If the initial research from the US is to be believed, expats who move to one of these countries stand a good chance of being happy and hopefully having a healthy heart. Among the most challenging expats destinations were India, Saudi Arabia, Qatar and Russia.