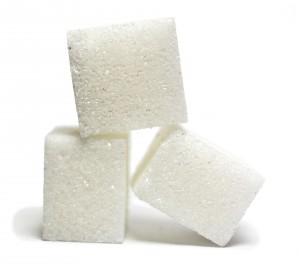 Could you live without sugar?

The so-called sweet-tooth is an evolutionary fact. Human beings are hard-wired to seek out foods high in sugar as they provide a quick energy boost and help the body to store fat.

For hunter-gatherers, storing fat was crucial for their survival, food was scarce and this fat could be converted to energy in times of famine. This natural urge for sugar runs against our modern lifestyle: modern man eats regularly and is largely sedentary. People get fat.

Sugar is the new health bogeyman, blamed for a whole host of health problems such as type two diabetes, cholesterol and obesity, yet we crave it in a deep and evolutionary way. Food manufacturers respond to this need by pumping our food with sugar to keep us sweet. 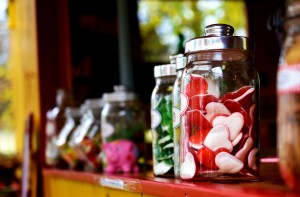 A new study has shown that if you reduce your sugar intake, your overall health will improve in as little as 10 days. The study aimed to discover whether it was being overweight that caused conditions such as type two diabetes or whether it was the sugar itself.

The study followed the progress of obese children who reduced their sugar intake from 12% to 4% of calories. The diet these children followed had the same amount of fat, protein, carbohydrate, and calorie levels as their regular diets just without any added sugars.

After nine days, the participants had reduced blood pressure and cholesterol, and their liver function had improved. Glucose levels and insulin levels also dropped. Interestingly, the children’s appetites reduced and many reported not being able to finish their food despite it being of the same calorific quantity which they were eating previously. Lead author, Dr Robert Lustig explained the results: ‘This study definitively shows that sugar is metabolically harmful not because of its calories or its effects on weight; rather sugar is metabolically harmful because it’s sugar’. 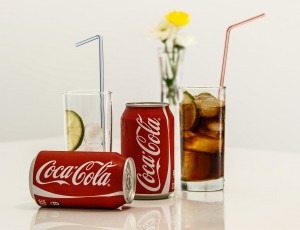 With studies such as these showing the harmful effects of sugar, shouldn’t we be doing more about our intake? Mexico, where the rate of type two diabetes was 12% introduced a sugar tax in 2013 to specifically target sugary drinks. The tax reduced sugar intake by 6%.

Despite the success, this tax has been greatly reduced no doubt after pressure from the Mexican Beverage Association. In the UK, a report outlining the benefits of a sugar tax was suppressed by the department of health and the Prime Minister rejected its finding despite having not read the report.

The EU is currently considering removing a production cap, scrapping minimum price rules and relaxing import controls on sugar. It seems that sugar not only has hold of our primal desires, it seems to be controlling our elected officials via the powerful food lobby who want to keep feeding our addiction.

Your health, your responsibility

If we can’t rely on our governments to do something to combat the detrimental effect of added sugar, we must take responsibility for ourselves. In the same way health conscious individuals don’t smoke or drink too much alcohol, eat healthily and exercise regularly, so they must monitor their sugar intake. Follow these tips to make sure you are not eating too much sugar.

Could you live without sugar? Does the aforementioned study convince you need to cut down on the sweet stuff?