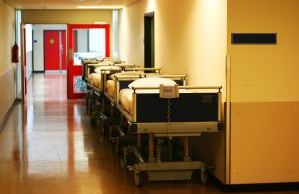 A recent study, published in the British Medical Journal (BMJ), found nurses in Poland and Greece were three times more likely to attribute a failing grade for safety to their hospitals than those in Norway and the USA.

In the biggest study of its kind, investigators from 13 countries surveyed over 60,000 beside nurses and 131,000 patients over three years. The research found that nurses reporting better working conditions were more likely to stay in their jobs and had patients who were more satisfied with their care.

The majority of nurses in all countries were lacking confidence in hospital management systems being able to resolve problems with patient care.

Nurses reporting poor to fair quality of care varied from 11% in Ireland to 47% in Greece. The number of patients who would give their hospital a high rating also showed varied results with 61% in Finland and Ireland rating their hospital highly, but only 35% in Spain. Overall, improved working conditions for nurses and a smaller nurse to patient ratio resulted in higher patient satisfaction and better quality of care.

Which countries have the worst hospitals?

According to the results, hospitals in Greece had the worst nurse job satisfaction and quality ratings. Spain ranked third worst. Both Greece and Spain have taken austerity measures in the face of the Eurozone crisis and the Greek health system has suffered severe economic difficulties.

Perhaps more surprisingly German hospitals came in at second worst. Though the German economy isn’t suffering as much as Greece or Spain’s, since the introduction of a care based payment system nurses’ workloads are thought to have increased.

In both Finland and Ireland nurses reported high job satisfaction and a good quality of patient care. This contrasts with Spain and Greece as Ireland in particular has also suffered an economic downturn. Less surprisingly, Norway’s health system also performed very well.