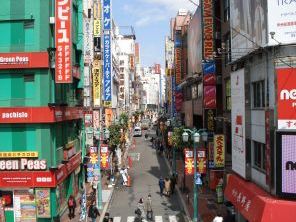 The Social Progress Index 2014 ranks 132 countries according to over 50 factors, with the aim of providing an alternative to GDP as a measure of social progress. The study takes into account categories such as, personal rights, water and sanitation, health, and internet users as a measure of the quality of life.

The Health and Wellness category is made up of five measurements: life expectancy, obesity rate, outdoor air pollution attributable deaths, suicide rate, and non-communicable disease deaths of people aged 30-70. When we focus solely on this category, which countries perform the best?

Japan comes in first place with 83.26 points out of 100. Japanese people have the second highest life expectancy, 82.6 years, just behind Switzerland, and Japan was ranked 14th in terms of obesity, with the lowest rate (4.5% of the population) among developed nations. However, with 18.1 deaths per 100,000 people, its suicide rate is worryingly high, coming 116th out of all the countries studied.

Italy comes second overall for health and wellness with a score of 83.17. The high average life expectancy of 81.2 years puts it just behind Spain, and with 17.2% of the population deemed to be obese it’s one of the least overweight European nations. There are 5.4 suicides per 100,000 people, significantly less than first place Japan.

Making up the top five are Switzerland (3rd), Sweden (4th), and Australia in fifth place. The report finds Switzerland is scoring well in life expectancy, communicable disease deaths, and obesity rate. The suicide rate, 14.8 deaths per 100,000, however, is classed as a “relative weakness” when compared to countries with similar GDP per capita.

Sweden scored well within all criteria, only its suicide rate, like many developed countries, is relatively high at 12 per 100,000 people. Australia scored highly for its clean environment, with few deaths attributed to outdoor pollution. The high obesity rate, a quarter of the population are classed as obese, pulls down the overall health score.

The Index demonstrates a high GDP per capita doesn’t equate to the best quality of life for residents. The United States has the world’s second highest per capita GDP, and despite being placed 16th overall, it only came 70th for Health and Wellness. The results showed in all health criteria, except suicide, the U.S. is performing poorly in comparison to countries with a comparable GDP.

Michael Green, Executive Director of the Social Progress Imperative, said: “The United States is consistently under-performing across a wide range of indicators—often significantly below expectations—despite enjoying the second highest per capita GDP in the world.

“The Social Progress Index highlights the scale of the challenges faced by the United States’ schools and health care systems. More surprisingly, for the home of Silicon Valley the United States is falling behind its competitors for ‘Access to Information and Communications’ as well.”