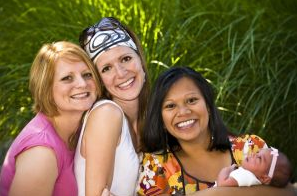 The gap in life expectancy for older women is widening between rich and poor countries.

Life expectancy for women at 50 has improved, but the gap between rich and poor countries is widening. The World Health Organisation warns the situation will worsen unless the detection and treatment rates for cancer and cardiovascular disease improve.

A WHO report, one of the first of its kind, analysed the causes of death among older women. It found in wealthier countries deaths from noncommunicable diseases have fallen drastically in recent decades, especially from cancers of the colon, stomach, cervix, and breast.

Women over 50 in middle- and low-income countries are living longer, but chronic conditions such as diabetes are killing them at an earlier age than in high-income countries.

There is a similar growing gap among older men in high- and low-income countries, in some regions of the world this gap is wider than the one for women, said WHO.

“More women can expect to live longer and not just survive childbirth and childhood. But what we found is that improvement is much stronger in the rich world than in the poor world. The disparity between the two is increasing,” Dr. John Beard, director of WHO’s department of ageing and life course, said in an interview at WHO headquarters.

The study highlights the need for better health management for older women. Looking at richer countries, improving the prevention and treatment of non-communicable disease would be one way of increasing the life expectancy of women over 50.

Regardless of the economic development of the country, non-communicable diseases, particularly heart disease, cancers and stroke, are the biggest killers of women over 50.

Developed countries have tackled heart disease and cancers in women with tangible results, said the report. Fewer women aged 50 years and older in rich countries are dying from heart disease, stroke and diabetes than 30 years ago. An older woman in Germany can now expect to live to 84, an older woman in Japan, 88. This compares to 73 years in South Africa, and 80 in Mexico.

“I think that is particularly true for breast cancer where women with breast cancer are much better managed these days in the rich world. That also explains the disparity.”