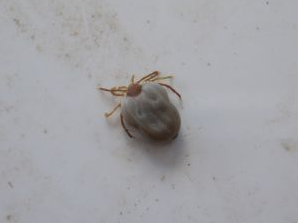 The incidence of Lyme disease is 10 times higher in the US than reported.

The number of people diagnosed annually with Lyme disease in the USA is 10-times higher than previously thought, according to statistics presented at a conference for Lyme and other tick-borne diseases.

The Centres for Disease Control and Prevention (CDC) told the conference that the number of Americans diagnosed with Lyme disease each year is around 300,000, making it the most common tick-borne illness.

However, only 30,000 cases of Lyme disease are reported each year to the CDC, 10-times less than the actual 300,000 diagnoses made each year. This supports studies from the 1990s which indicated the real number of cases was between 3- and 12-fold higher than reported cases.

Officials have long conceded that the figure of 30,000 is only laboratory confirmed cases and those reported by doctors, and the real figure would be higher.

Lyme disease (Lyme borreliosis) is a disease transmitted predominantly by deer ticks, and is the most common tick-borne illness in the Northern Hemisphere. If caught early it can be treated effectively with antibiotics. Insufficient or delayed treatment can lead to more serious symptoms, making it difficult to manage.

The heaviest concentration of deer ticks occurs in the Northeast and upper Midwest states. CDC data shows the majority (96%) of annual Lyme disease cases are reported in 13 states in these regions.

The large discrepancy in the reported figures and the actual cases diagnosed is hiding the true burden of Lyme disease, both on individuals and health systems. The new figures will help health authorities increase funding for research and promote education programmes to raise awareness among the general population.

“This new preliminary estimate confirms that Lyme disease is a tremendous public health problem in the United States, and clearly highlights the urgent need for prevention,” said Paul Mead, chief of epidemiology and surveillance for CDC’s Lyme disease program.