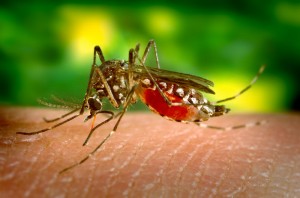 Last week, news came out that a big step has been taken towards the world’s first malaria vaccine being approved for distribution, a move that sees the treatment reach thousands of people.

With malaria causing over half a million deaths per year, research into a cure against the disease has been going on for decades. Mosquirix, developed by GlaxoSmithKline, has been given a positive assessment by the European Medicines Agency; however due to mixed results found in children the WHO (World Health Organization) is yet to decide whether it will recommend the vaccine to children.

Despite the new vaccine providing a positive step in the fight against malaria, its effectiveness has been called into question, with bed nets still being “more effective than this vaccine”. Furthermore, the vaccine performed poorly in protecting young babies from malaria. This is particularly disappointing as 90% of malaria deaths are from children under the age of five, due to not having built up a strong enough immune system during early years.

How accessible the vaccine will prove to be is also unsure. GlaxoSmithKline have promised not to make a profit from Mosquirix, however with the vaccine requiring four doses plus a booster to be effective, cost and distribution could limit its range, particularly as malaria is most hard hitting in poorer countries.

How malaria is spread

Malaria is carried and spread by female Anopheles mosquitoes, which use the blood they take as a protein to develop their eggs. With over 200 million cases a year, with over half a million resulting in death, the Anopheles is the deadliest animal in the world.

The hardest-hit countries in the world are Nigeria and Congo, where 40% of worldwide deaths due to malaria occur. At 100 million, Nigeria also reports half of the world’s malaria cases every year. The other countries to make up the top 5 most at risk countries are Mozambique, Burkina Faso and Sierra Leone.

Those most at risk from malaria are pregnant women, new mothers and young children. As a result of a lowered immunity during pregnancy and after childbirth, and an undeveloped immune system in young children, the body is unable to combat the disease effectively.

What you can do

There are few people who have a natural chemical in their skin which works as a repellent to mosquitoes, but this is very uncommon. To keep mosquitoes’ attraction to you at a minimum, everyone else should avoid wearing dark clothes, exercising and drinking beer. Naturally, artificial repellents are also advised as is the use of bed nets to keep mosquitoes at bay.