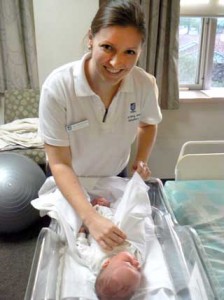 A report released on June 3 by UNFPA, the UN Population Fund, the International Confederation of Midwives (ICM) and the WHO revealed that 73 countries where midwives are most needed still lack a midwifery workforce.

These countries, located in Africa, Asia and Latin America, suffer over 90% of the world’s maternal deaths, stillbirths and newborn deaths. In Bangladesh for instance, only 32% of women are assisted by a medical professional when giving birth.

The International Congress of Midwives, taking place in Prague from June 1st to 5th, called for immediate measures and stressed that proper and extensive training is therefore urgent and necessary in a number of countries.

ICM President Frances Day-Stirk said, “Midwives are central to midwifery care and the lives of women and newborn babies. The report precedes the Lancet Special Series on Midwifery, which together with the report will provide the evidence to guide all policy-makers in their quest to end preventable maternal and newborn deaths.”

The Congress also highlighted the fact that steady progress was made in the last fifteen years regarding the safety of mothers and their babies – 11 countries have now reached the Millennium Development Goals (MDG) 4 and 5 – respectively to decrease child mortality and increase maternal health. The progress is good but uneven, as many countries are still experiencing high mortality rates for both parties.

In May 2014, the World Health Assembly that took place in Geneva agreed to a “global monitoring framework on maternal, infant and young child nutrition”. Nutrition and health-care issues will continue to be addressed in order to improve the situation, and measures will be taken to guarantee the safety of health care workers, who are at times mistreated in some countries.

Another problem is that even if more women are properly trained to be midwives in developing countries, the population keeps growing. This means more pregnancies, and still not enough midwives to assist all the women.

Of course, general health conditions are also a constant topic as chronic health conditions (diabetes, HIV, malaria, malnutrition…) tend to aggravate pregnancy and childbirth, often resulting in the death of the mother and/or the baby.

The Congress also pointed out the issue of education for women around the globe. Access to better education would mean more knowledge about health and sexual contraception, as well as less social pressure to have children early, which would protect younger women. Women should be informed of their choices and supported through their decisions.

On May 31st, just before the opening of the Congress, over 1,500 midwives gathered at Kampa Park in Prague and sang together as a curtain-raiser for midwifery awareness.