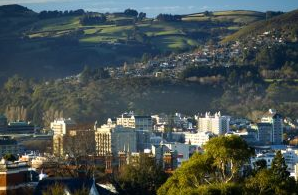 Where a person lives plays a part in the extent to which they are affected by their environment or their genetics.

A new study shows the extent to which a child’s development is affected by genetics or environment is influenced by geographical region. The study looked at 6,700 families and 45 childhood traits, from hyperactivity and IQ to height and weight. The results showed geographic region played a part in how these traits were influenced by nature or nurture.

It has long been known our behaviour, health and development are affected by a combination of genetics and the environment in which we live. For example, we may carry genes that increase our risk of developing type 2 diabetes, but if we eat a healthy diet and get sufficient exercise, we may not develop the disease. Similarly, someone may carry genes that reduce his or her risk of developing lung cancer, but heavy smoking may still lead to the disease.

The researchers have compiled their results into nature-nurture maps of the UK. “These days we’re used to the idea that it’s not a question of nature or nurture; everything, including our behaviour, is a little of both,” explains Dr Oliver Davis, a postdoctoral fellow at King’s College London.

“But when we saw the maps, the first thing that struck us was how much the balance of genes and environments can vary from region to region.”

From the maps you can see London is an “environmental hotspot” for classroom behaviour problems. Genes appear to play less of a part in the South-East of the UK than in other regions. The maps gives researchers a global overview of how the environment interacts with our genes. The example of classroom behavior in London can be linked with the large variations in household income in the capital. Comparing maps of income inequality to the nature-nature maps for classroom behaviour suggested variations in household income may account for some of the pattern.

“The message that these maps really drive home is that your genes aren’t your destiny. There are plenty of things that can affect how your particular human genome expresses itself, and one of those things is where you grow up.”