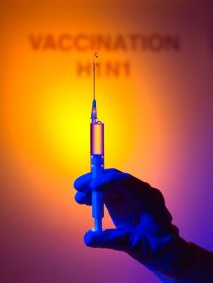 A new development means injections could be painless in the future as scientists investigate the use of lasers to deliver drugs.

Scientists in South Korea have developed a laser-based vaccination system that fires compounds and drugs into the skin through microscopic jets. This could put an end to the traditional method of injecting the vaccine into the body through a syringe.

This new method would be practically painless as it targets the epidermal layer of skin which has no nerve endings. The laser, known as Er:YAG, propels a stream of medicine in a jet that is the width of a human hair.

Professor Yoh, of Seoul National University,  explained that this compound can then smoothly enter the skin and reach the “targeted depth underneath” without causing any splashback.

This type of piston-injector is already in use but the dosage and strength of the jet  is harder to control. “The laser-driven microjet injector can precisely control dose and the depth of drug penetration underneath the skin,” said Professor Yoh.

Expat and travellers are no strangers to the string of injections that are needed to live in certain areas of the world. Typhoid, diphtheria, tetanus, hepatitis A, are commonly administered before going abroad.

If the lasers are mass produced on the international health market, professionals could be using them for everything from insulin boosts and routine flu shots to pre-travel inoculations.

Yoh is now working with a company to produce low-cost replaceable injectors for clinical use. “In the immediate future, this technology could be most easily adopted to situations where small doses of drugs are injected at multiple sites,” he says.

“Further work would be necessary to adopt it for scenarios like mass vaccine injections for children.”