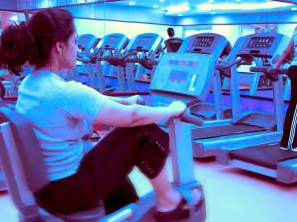 Employees in the south of the UK are offered greater health and well-being benefits than those in the north of the country.

Research has revealed employees in the south of the UK receive better health and well-being benefits from their employers than those in the north. According to a survey from global research consultancy TNS 54% of workers in the north say their employers made little or no provisions for their health, compared with 48% in the south.

The study, commissioned by the PMI Health Group also revealed of those who do have health benefits, 28% in the south have access to an on-site gym, compared with 11% in the north. The differences continued with over a third (36%) of employees in the south being offered cycle to work schemes, when only 23% in the north get the same benefit.

“These geographical inequalities in health care provision are surprising but there may be a number of reasons for it – from local differences in business cultural legacies to regional variations in concentrations of large corporate companies, which may have more resources for health initiatives,” said PMI Health Group Director Mike Blake.

This evidence is interesting when compared with the Office of National Statistics (ONS) data on life expectancy. The statistics show northern regions of the UK have a lower average life expectancy than those in the south.

Mike Blake added, “The onus is on all companies, regardless of size or industry type, to look after the health of their staff, particularly with increasing restrictions in NHS provision.”