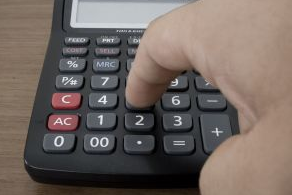 Half of uninsured Americans will buy coverage under Obamacare to avoid fines.

Fifty-five percent of uninsured Americans have indicated they will buy health insurance rather than face a fine under the Affordable Care Act (ACA). According to the Gallup poll, while more people will purchase coverage, the overall opinion of the health care policy remains negative.

For the poll, reported by United Press International, Gallup surveyed over 1,500 U.S. residents. The survey also showed that half of the uninsured people who planned on buying health coverage intended to do so through a health exchange programme.

However, the survey found people who visited an insurance exchange website were twice as likely to rate their experience as negative as positive. Uninsured individuals who fail to purchase coverage are liable for fines, with the majority eligible for fines exceeding the minimum amount of $95, according to a tax penalty calculator developed by the Tax Policy Centre.

In the ACA mandate those who are not exempt and who fail to buy insurance are liable for a fine of either $95 or up to 1% of their income, whichever is greater. This penalty will increase to $325 or a maximum of 2% of an individual’s income in 2015. There are a total of nine exemptions to the ACA including religious groups, prisoners, and illegal immigrants.

“The tax is almost always more than the $95 that news stories frequently cite,” according to the Tax Policy Centre, reported in the Washington Times.